For a country to truly thrive, it needs to foster some kind of entrepreneurial spirit amongst its citizens, allowing them to innovate and create new startups that can succeed and compete, sometimes on a global level.

Of course, wealthy, developed nations have a headstart in this regard, with a solid foundation for budding CEOs to build on, but there are lots of factors that go into creating an entrepreneurial environment.

So which countries are best prepared to foster that creative culture and encourage people to set up their own businesses?

To find out, we’ve analyzed data from Global Entrepreneurship Monitor (GEM) on a range of factors to rank some of the world’s major countries on their entrepreneurial spirit.

The most entrepreneurial nations 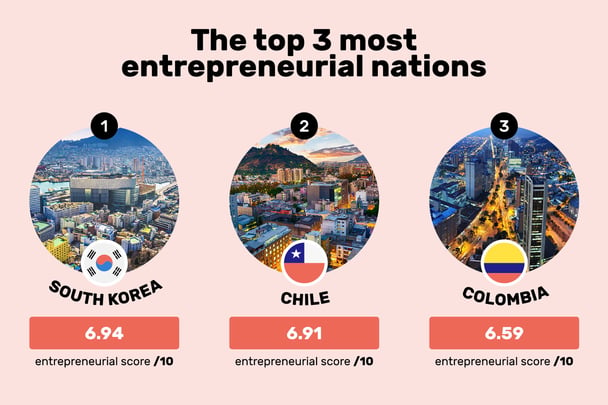 Taking the top spot is South Korea, which has given the world corporations such as Samsung, Hyundai, and Kia.

South Korea scored higher than any other country on two of the factors we looked at, perhaps most importantly having 16.1% of people who are currently owner-managers of an established business.

In addition, just 13.8% of people who had thought about starting a business said that they were put off by a fear of failure, which again, was more than any of the other nations.

Chile may be some way behind the likes of South Korea in terms of GDP, but it appears that there’s plenty of entrepreneurial spirit in this South American nation.

Like South Korea, Chile came top for two of the six factors that we looked at, with the highest number of people who said that they believe they have the capabilities to start a business (71.7%) and just over half (50.6%) saying that they intend to start a business within the next three years!

Another South American country takes the third spot, this time Colombia. Which topped the rankings when it comes to the number of people that are nascent entrepreneurs or owner-manager of a new business, suggesting that the country is on the cusp of producing a new generation of budding businesspeople.

In fact, 31 Colombian companies appeared on the 2020 version of the Financial Times’ list of the Americas’ fastest-growing companies. 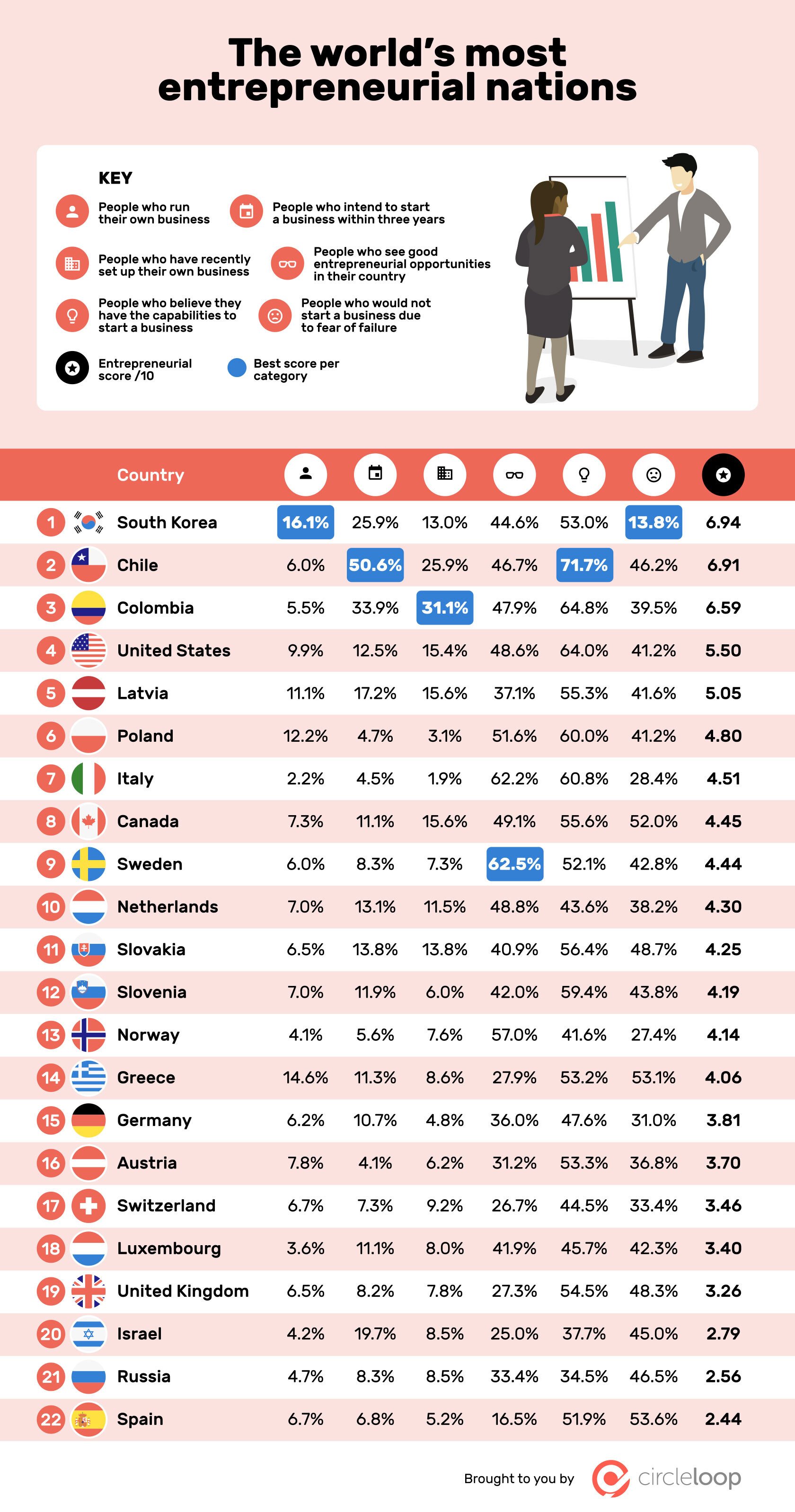 All data was sourced from the 2020 version of Global Entrepreneurship Monitor’s Adult Population Survey.

We chose just to look at OECD member countries (omitting those for which data was unavailable) and chose to look at the following six factors, giving each country a normalized score out of ten for each, before taking a final average across all six factors.

People who run their own business: Percentage of 18-64 population who are currently an owner-manager of an established business, i.e., owning and managing a running business that has paid salaries, wages, or any other payments to the owners for more than 42 months.

People who have recently set up their own business: Percentage of 18-64 population who are either a nascent entrepreneur or owner-manager of a new business.